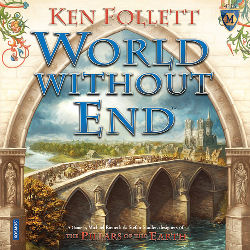 Played this follow-up to Pillars of the Earth with Chris yesterday and enjoyed it a lot. Working out the best way to generate points was interesting and the perm six from twelve actions each round was novel. Chris did the better job as he scored loads of points by building up his medical knowledge and curing several villages from the plague. Ended up 65-56 to him. Interested to see how it plays with four as there should be more competition for building projects. 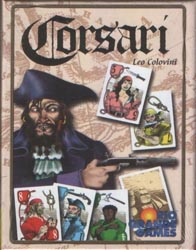 Played a couple of games of this neat little card game designed by Leo Colovini and published by Rio Grande. It is a set collection game that feels like gin rummy but the tavern adds an extra element of tension because, if somebody changes the prisoner colour you were playing for, it can wreak havoc with your hand. And the penalty for setting sail without the fewest stowaways is pretty harsh so you need to watch how other people seem to be doing before risking a declaration. I’ve only played two player but that works well and I suspect, with more players,Â there is a bit more chaos and setting sail is more risky. The only downside is that I have tended to declare early (and usually successfully) and Jan has found it a bit frustratingÂ when she has been seeking to improve her hand just a little bit more. Hopefully, it hasn’t put her off too much.

Spielbox is a very professionally produced magazine on boardgames that has only one downside really – it’s published in German. Notwithstanding that, I still subscribe but it looks as though they’re considering producing an English version. If you’d like to join in encouraging them in this venture, you should email them as outlined in this article.

Played this again the other night with Jan and Chris. I’m still not sure about this one. I like the ideas behind it and the multiple areas you need to play in but I’m not sure if it gets hindered by the randomness of how long each round lasts. This time, we had a long first epoch, the second was so short none of us got to re-flood our Niles and the third was somewhere in between.

My most played game was Tumblin’ Dice which saw 12 plays. I ought to be getting better with each successive outing but that doesn’t appear to be the case. Good job it’s just a really fun game that can be played with virtually any group.

My only other games that saw 5 or more plays were Weykick (8), Hamsterrolle (7), Finito (6), Fits (6) and Dominion (5) although it seemed like I played more Dominion + variants than I’ve recorded.

2009 didn’t seem to produce any outstanding game although there were several really good ones. My six picks for the year were a mix of good gamers’ games (Peloponnes, Diamonds Club and Endeavor), a couple of really nice family games (Roll Through The Ages and Tobago – the second of which we’ve still to play at a games club night) and one party game (Tumblin’ Dice). A lot of the games this year appeared to add complexity and time to previously elegantÂ game mechanicsÂ in the expectation that adding another layer to a previous design would make for a more fulfilling game. Generally, not for me it didn’t. I see me preferring those designs that distill lots of decisions into short playing time. Let’s hope 2010 can come up with more of those. 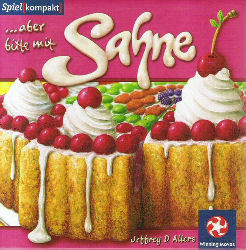 So I’m halfway through my mission to get my unplayed games down below 20 by the end of June 2010. Well timewise I am but I’m definitely off the pace with the number crossed off, not helped by Christmas having few gaming opportunities and those generally being filled with old favourites. I also acquired half a dozen new games, which doesn’t help the goal:

This month’s target is to get at least belowÂ 75 this time next month.