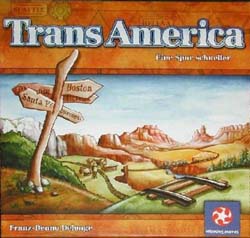 I was saddened to hear of the death on Sunday of designer Franz-Benno Delonge, due to cancer. He was just age 50.

I’ve played several of his games and enjoyed most of those I’ve tried. From the two player games, Hellas and Fjords, through Goldbrau, Dos Rios and Big City, to the excellent Manila and especially Transamerica, he has provided us with hours of enjoyment. He was preparing for the release of a new game at Essen, Container, which I’m certain to have a good look at while I’m at the fair.

Maybe we’ll dig out Transamerica on Friday as a tribute.