My most played game was Lord of the Rings: The Card Game which sawÂ 8 plays. All bar one of these was in May when the game was first released but I played again just yesterday and I’d like to play some more in 2012. I’m still exploring the mono-sphere decks and haven’t yet progressed beyond the first scenario so there’s plenty still to try out, even though I will not be buying any of the expansion packs. 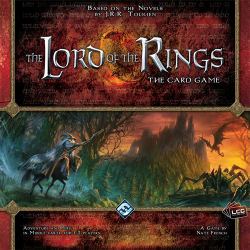 NoÂ other gameÂ reached 5Â plays and only Nefarious saw four plays.Â Â Of the 156 titles, 125 of them were played just once,Â again due to my focus during the year in getting my unplayed games list down. It started 2011 at 29, droppedÂ all the way to zeroÂ in June and is nowÂ sitting at 16.

2011 seemed to produce several really good games. MyÂ six picks for the yearÂ -which I’ll be publishing on my Trickylight site tomorrow- included two meaty gamers’ games (Trajan and Vinhos), a couple of middle-weight titles (London and Pantheon) and two excellent but different fillers (Biblios and King of Tokyo). I’ve also done a six picks of solo and two-player games featuring LOTR: TCG, the surprisingly good Revolver, Famiglia, Gold, Mijnlieff and Zertz (which I got to play for the first time in 2011). All in all, a pretty good year. Let’s hope 2012 is just as good.