Having declared Nige the 2013 Hall of Fame winner last night, on the back of some hasty calculations, it seems I either can’t read or I can’t use a calculator correctly. After writing up the reports and scores from the games played last night, the site has done the calculation correctly and declared that this year’s Hall of Fame has ended up a tie with both Nige and Guy ending up on 37.5%. I had entered Guy as having played 89 games for the year rather than 88.

It’s that time of year when we reflect on the best games of the year so, if anyone wants to let me have their Six Picks for 2013, I’ll start to publish these in the run up to – and over – Christmas.

Late back from London tonight but, as some consolation, two parcels had arrived while I was away. The first was my BGG competition prize of Trains & Stations, an interesting railway dice game – a copy of which I already have. The second though was my Essen pre-order of Mush! Mush! which is subtitled Snow Tails 2 and I hope is a decent refinement of the original Snow Tails. Looking forward to playing it soon.

The new issue of Counter arrived today. Contained in its 84 pages are reviews of more than twenty games including Concordia, Machi Koro, Mush! Mush! Prosperity, Russian Railroads and Spyrium. There are also articles on GenCon and Essen, Rick thornquist on Learning Games, The Counter Guide to Worker Placement games and the usual letters page. You can learn more about Counter at the magazine’s website. 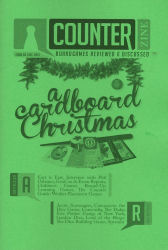 This Friday’s session (13th December 2013), which was due to take place at Nige’s house, won’t because his boiler has packed up and it’s rather cool up the Stiperstones at this time of year without any heating.

Instead,Â Mark K is picking up the slack so those travelling out to Oswestry will, I’m sure be offered a feast of biscuits, cake, cheese andÂ crackers etc.

The following week will, as planned, be at Garry’s house – but without the biscuits, cake……….

Wayback When? is a review of the games I was playing five, ten, fifteen and twenty years ago with me highlighting the most memorable titles of each particular month in the vain hope that I might dig out some of them to play again. This month weâ€™re looking at December 1993, 1998, 2003 and 2008. 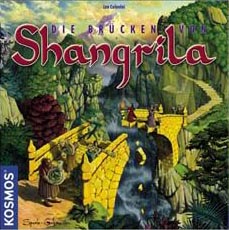 December doesn’t seem to be a very good month for trying new games. In 2008, I only played one new game (out of just 11 in the whole month) but it is a fine football dexterity game for two or teams of two. Weykick is frantic fun but mind your knuckles on the crossbar below the table.

Five years earlier, I managed to play just two games in the month, although both of them were new to me. The Bridges of Shangrila was a typically dry but interesting game by Leo Colivini while Terra was a semi-cooperative game by Bruno Faidutti, where you try to get the most points possible but, if collectivelyÂ you pollute the planet too much, everyone loses – inevitably people end up being too greedy hence dooming the planet. 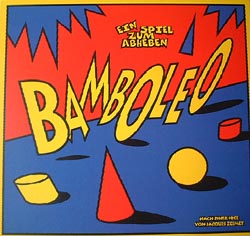 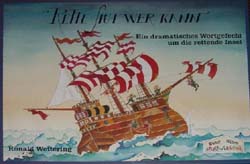 InÂ 1998, I got to play Das Motorsportspiel for the first time, motor racing with real time pressure to complete your move before the sand-timer runs out. We also played the hilarious Bamboleo, a dexterity game where a knowledge of the laws of physics is usually an advantage – that is, unless you’re a physics teacher.

The stand-out game of December 1993 was Rette Sich Wer Kann (more recently released as Lifeboats) and is an evil gameÂ of tossing your companions out of the rescue boats to be eaten by sharks – don’t play with anyone who bears a grudge.

You may remember I recently reviewed a neat little battling card game called Stak Bots, designed by Tom Norfolk and published by DogEared Games. Well, not one to rest on his laurels, Tom has an expansion up on Kickstarter running until 18th December. This is a sixty card deck of sixteen additional varieties of Bot to add to the original sixteen. Or you can pledge for both the original and expansion decks together. All the details are on the Kickstarter page here.

Got home today to find my copy of Euphoria: Build A Better Dystopia, which I backed on Kickstarter, had arrived. The production looks very, very good and I’m hopeful the game will be a decent one too.

November saw me play just 12 games of 10 different titles, 4 of which were new to me. The small number of games played was due to half the month being spent in the Caribbean where, remarkably, I played no games at all (other than a few games of the excellent Street Soccer ipad app. The new games were Relic Runners, Arche Noah, Russian Railroads and 1911: Amundsen vs Scott.

I added twelve new titles to the collection which were Auf Teufel komm raus, Arche Noah, Nauticus, Russian Railroads, Piraten Kapern, Flash 10, Steam Noir: Revolution, Homesteaders, Trains and Stations, Prosperity, Concordia and Legendary: Fantastic Four. My unplayed games listÂ has unsurprisingly grown to 42 this month and game of the month was a fairly easy call with Russian Railroads being the pick. We wondered whether there might be one dominant strategy but reading around Boardgamegeek, this doesn’t appear to be the case.