In June, I managed to play 110 games of 21 different titles with 3 of them being new to me.

This is a nice push-your-luck dice game in the Can’t Stop mould. roll the 5 small and 1 large dice and score for each small die that matches the colour of the large die. Reroll to try and add to your score but, if you get no match, you bust and it’s the next player’s turn. You also score a bonus for all five small dice matching the large die and first ot 50 points triggers the final round. Good fun and Jan has quite enjoyed it and even suggested we play it.

Another in the Pocket Sports dice game series and this plays like a slightly more involved Owzthat. It’s not perfect with too many No Balls and Clean Bowled results cropping up but I’ve used some rule tweaks and it now works quite well. So much so that I’m really enjoying playing a T20 league at the moment.

This is a really neat story-telling game (along the lines of Tales of the Arabian Nights) set in a James Bond-like secret agent universe. Only played one 3-player game so far but we really enjoyed it and it should work solo as well, which is a bonus.

This is a party game designed by Tony Boydell where each player starts at a London Underground station and has to track their way from station to station until they reach home by spotting the next link in their journey in the large array of cards and noting where they need to go next. There’s a few silly additions (like having to run round the table before you can continue) to make it not completely about being the quickest eye in scanning your route but it is a game that rewards visual dexterity so won’t be for everyone. Good for the right crowd though.

I’ve really been playing the heck out of my sports-themed games this month and have started a new blog to track my plays. As the Euro 2020 Championship is on at the moment, I’ve played a lot of Fastcard Soccer attempting to recreate the tournament (My games have been partly successful in that 6/8 of the actual quarter-finalists are also still in my tournament.

With the weather being so good in the UK, Mollky has obviously got a play and I’ve also managed to get a couple of other dexterity games to the table (Hamsterrolle and Klask). It was also good to get in a play of Memoir ’44 on D-Day (6th June).

I added 4 new titles to the collection which were Pocket Sports T20 Cricket, Win Place & Show, Rally Roll and Race the Rails. I also reacquired 1 game and parted company with 1 game so my total collection now stands at 700.

At the end of June, I have two unplayed games (3 at the start of the month) and my Game of the Month was Pocket Sports T20 Cricket. 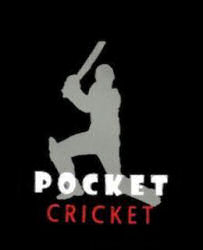