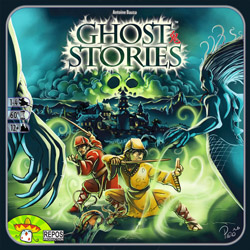 After this year’s Essen haul, I needed some space in the games cupboards to put the new arrivals. Hence, I pulled quite a few out for Ebay and yesterday Jan listed them all for me. There are quite a few really good games in there that I just felt were unlikely to get played again anytime soon including stuff like Schoko & Co, Brass, Ghost StoriesÂ and Amazonas. 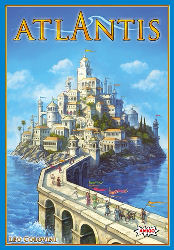 Well, October saw the biggest setback to my aim to get down to fewer than 20 unplayed games by the end of Jun 2010. However, I was fairly restrained in my buying at Essen, bringing back fewer new games than usual and I stuck to my edict of not buying any expansions this year (as they rarely add lots more to a game other than complexity). So no Dominion: Seaside, Chicago Express expansion or Ystari expansion box for me. However, I didn’t play very many games at the show and, other than Atlantis, those that I did play I didn’t buy. So a net gain of 9 games to the unplayed list this month:

This month, I’m hoping toÂ make a big dent in the remaining games.Â I may even try to get a day at Midcon this year so I need to be at least below 85 this time next month.