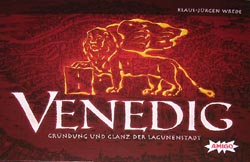 A couple of weeks ago, I set myself Mission Improbable – to get down to fewer than 20 unplayed games by 30 June 2010. This is the first of my month-end updates on progress to date.

1 new game acquired (Traders of Carthage – which I spotted on sale for just Â£10 in Forbidden Planet, Manchester)

Hopefully, July should see several more ticked off the list as I usually take some little card games on holiday and can occasionally get these to the table in the evening. However, it’s my birthday this month so it’s likely that at least one new game will be added to the collection.