In July, I managed to play 84 games of 18 different titles with 3 of them being new to me.

It might seem surprising but I’ve never played this dice game before. Very quick to play and some light decisions on which numbers to flip but you’re pretty much at the mercy of the dice rolls. This was a birthday gift and it was good fun.

This is a solo boxing game simulation using cards for real-life fighters allowing you to pit boxers from different eras against each other. Not easy to get into but, once you understand the many small rules variables, it works quite quickly and I enjoyed my only play quite a bit. Rating may go up as I get more used to the system.

This isn’t the commercial game but a promo game based on the original title which allows you to play a 36 man 4 round tournament in a couple of hours. I had fun rolling dice and seeing what the result of the Open Championship should actually have been. (Not rated as it wasn’t the full game).

Continuing my solo sports gaming splurge, this month saw me finish my Euro 2020 football tournament, the NBA playoffs and my baseball league. Also played some tennis during Wimbledon, continued the Tour de France, T20 cricket and Formula 1 season – as well as testing some ideas for horse racing, power boat racing and boxing. Otherwise, Jan and I got a few two-player games of Dominion, Verflixxt and Completto none of which we’ve played for a while and were as good as ever.

At the end of July, I have ten unplayed games (two at the start of the month) and my Game of the Month was Data Boxing II. 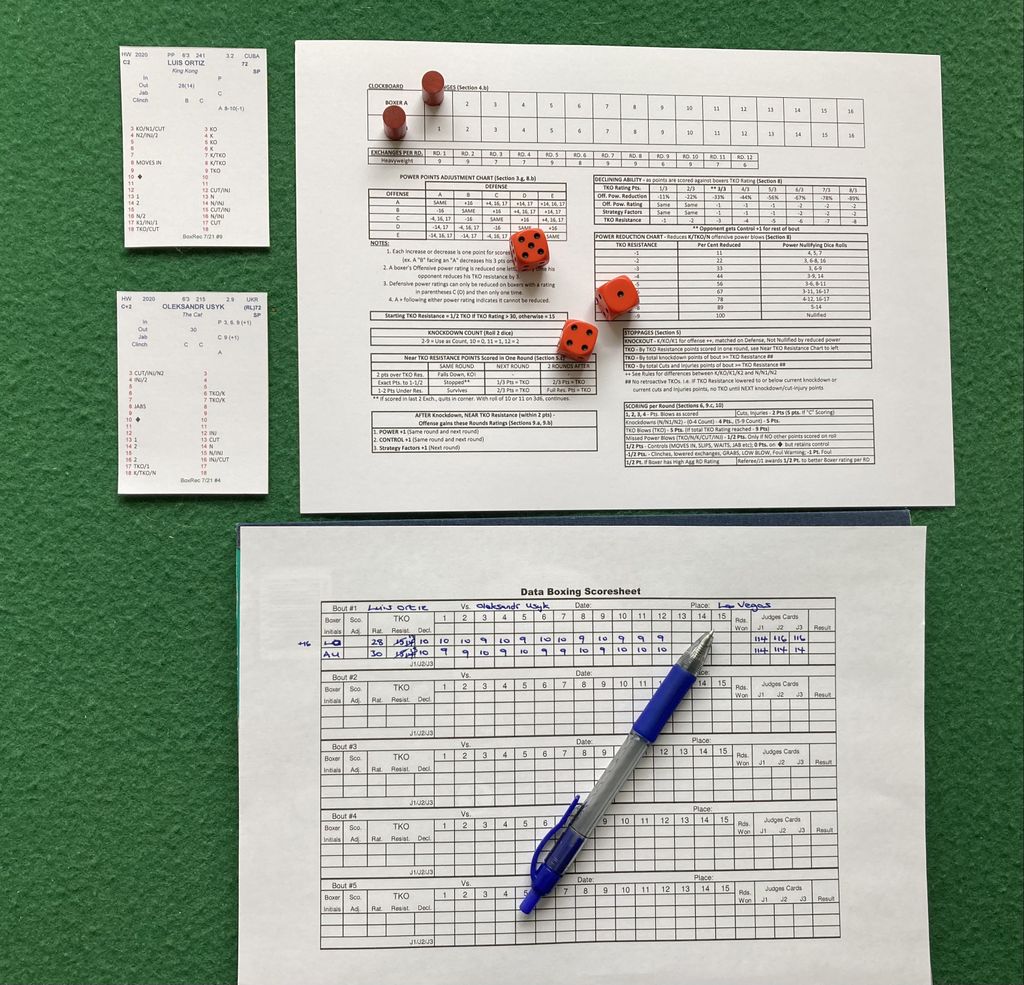